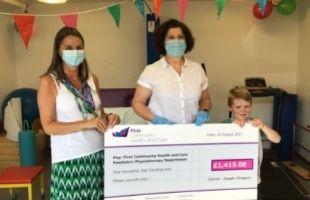 A six-year-old boy with cerebral palsy has walked and cycled 70 miles to raise over £1,400 for the paediatric physiotherapy unit in Horley at which he is treated.

Joseph Hodgson was born with cerebral palsy and has left hemiplegia - which is the paralysis of the left side of his body – and affects his left leg and foot as well as his left arm.

He undergoes regular physiotherapy sessions with the paediatric physiotherapists at First Community Health and Care, an NHS community healthcare provider that delivers children’s services as part of Children and Family Health Surrey, and after an intense series of appointments, decided he wanted to set himself a challenge and raise money to help other children like him.

Joseph chose to walk and cycle the equivalent distance from his home in Beare Green, Dorking, to Brighton and back, which he broke down into several shorter rides and walks. With a fundraising target of £500, Joseph set off in May, but on 18 August he walked his final eight miles and crossed the finish line at the summit of Scafell Pike, England’s highest mountain at 978 above sea level, having raised a massive £1,415.

He decided he would donate the money to First Community’s paediatric physiotherapy unit, so they can buy equipment to keep their young patients calm and entertained during physiotherapy sessions, and whilst having to lie or keep still for important measuring assessments.

His amazing achievements were celebrated with a small, socially distanced tea party yesterday where he presented the team with a cheque for the money raised.

Joseph said: “The challenge was fun and sometimes hard work, especially up the hills, but the down hills on my bike were fun. The finish line was at the summit of Scafell Pike, and I felt tired but proud. Scafell Pike is a really hard mountain to climb with so many rocks and stones. I’m so happy I’ve raised so much money and that I’ll be helping other children like me.” 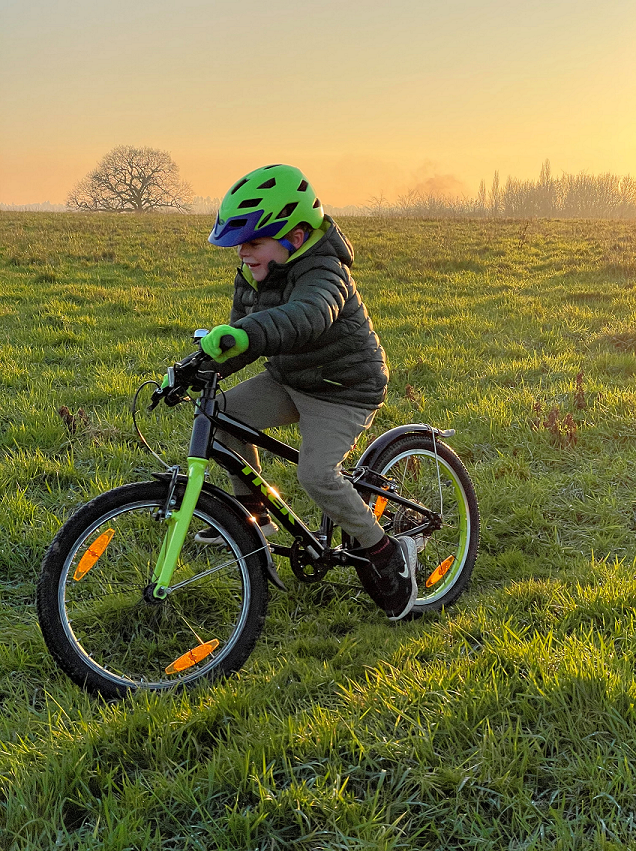 Joseph’s longest ride was from his house to and around Holmwood Common, a circuit of 10 miles, and the most challenging part of his fundraiser was climbing Scarfell Pike in the Lake District.

His mum Tilly Hodgson added: “The longer rides were a challenge as the weather and terrain was difficult for him. He struggled, but with encouragement from his dad he did well, he likes to challenge himself and is very determined. To finish off his challenge climbing Scafell Pike was a huge achievement and he really had to dig deep at times to carry on. We are very proud of Joseph; he is very thoughtful and cares about other people.”

The money raised will be used to buy an interactive exercise device suitable for all ages and levels of ability which children can use in their physio sessions and a tablet to occupy children attending specialist hip surveillance clinics which require them to lie very still which for some children can be extremely difficult. 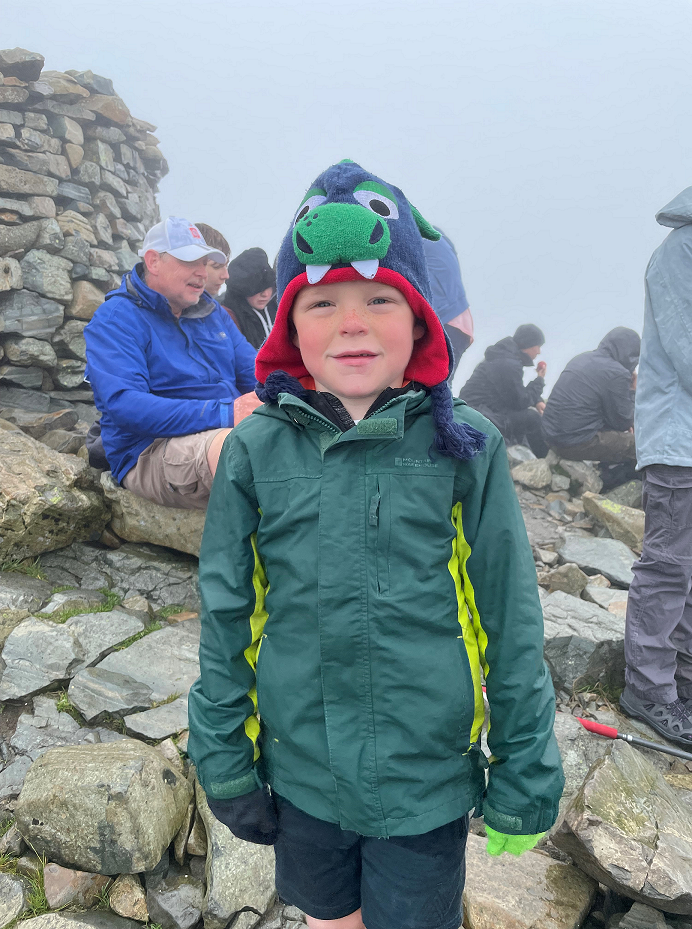 Julie Sinclair, Joseph’s physiotherapist, said: “I am very proud of Joseph for completing this challenge. He has really worked hard at his rehab this year at home, in school and in the physio sessions we have had together. He also kept my spirits up by sending me a lovely supportive video message during the COVID-19 lockdown, which goes to show that although he is only six, he is very kind-hearted.”

Linda Smullen, clinical services manager for therapies, added: “On behalf of First Community’s paediatric physiotherapy team I want to say a huge thank you to Joseph for undergoing this amazing challenge and raising this money for us. The new equipment will do a great job at helping us to keep our young patients both calm and entertained at their appointments.”